Hosted by Music and Theater Arts Solomons holds a BA in Architecture (1961) from MIT. Throughout his time at the Institute he was very involved in Tech Show and Dramashop productions. He began dance lessons while attending MIT, and his first teacher was E. Virginia Williams, founder of the Boston Ballet Company.

Upon graduation from MIT, Solomons moved to New York City, where he worked to find new experimental forms of dance by deconstructing learned structures. He performed as a soloist with the companies of Pearl Lang, Donald McKayle, Joyce Trisler, Paul Sanasardo, and Martha Graham, and Merce Cunningham.

In 1971, Solomons formed the Solomons Company/Dance, for which he created more than 100 dances.

Solomons' teaching experience is extensive. He was choreographic mentor at Dance New Amsterdam for three years. From 1994 to 2013, he served as Arts Professor (now retired) at the New York University Tisch School for the Arts.  Courses he taught included: modern dance technique, improvisation and dance composition, creative research in dance (composition and improvisation), choreographic mentoring, and creating choreography for students.

Choreography by Solomons has been performed by the Alvin Ailey Repertory Ensemble and the Berkshire Ballet. Since 2012, Solomons has been a mentor at Alvin Ailey American Dance Theater’s ChoreoLab Inititative. Solomons is also Artistic Director of PARADIGM DANCE, a company he co-founded with Dudley Williams and Carmen de Lavallade in 1988 “to present the eloquence of older dancers onstage in repertory appropriate to their gifts and in dances created by mostly younger choreographers”.

As early as 1980, Solomons began to write exceptionally lucid dance criticism. He continues to write for Ballet News, InStep, Dance Magazine, Chronicle for Higher Education, the Village Voice, the New York Times, and he has contributed to several books on dance.

In addition to teaching, touring, guest-performing and lecturing, Solomons serves frequently as an adjudicator and dance panelist for various state arts councils, artistic advisory boards and foundations, including the National Endowment for the Arts. He won a "Bessie" (New York Dance and Performance Award) for Sustained Achievement in Choreography. ​

In 2000, MIT awarded Solomons its first annual Robert A. Muh Award, which honors a distinguished alumnus for noteworthy contributions in a School of Humanities, Arts, and Social Sciences field.

Solomons returned to MIT during September of 2002 as an MLK Visiting Scholar hosted by Music and Theater Arts. He worked with students in the MIT Dance Theater Ensemble to create "Crowd." (title includes period), a new environmental work.  For this intense residency, Solomons decided to make the work as an "installation" in the space of the Architecture Library itself. The 10-member ensemble performed "Crowd." in September and December of 2002 to an original musical score composed and performed by Brian Robison, assistant professor of music. 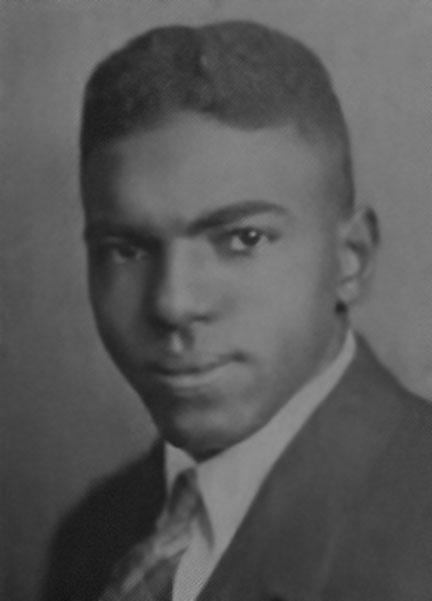 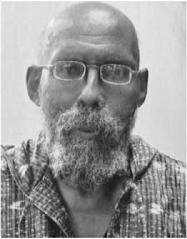 Solomons' father, Gus Solomons, Sr. (left), graduated from MIT in 1928. About his older son's artistic inclinations, he imposed graduation from MIT, "just in case". About his father attending MIT, Solomons, Jr. said, "[H]e belonged there. He was smart enough to be there. I guess it was unusual then because he was so rare, being a black person. I was there by accident. I was there by accident...I did Tech shows forever." (From Technology and the Dream by C. Williams.) Solomons' younger brother, Dr. Noel W. Solomons (right) served as an Associate Professor of Clinical Nutrition at MIT from 1977 to 1984. 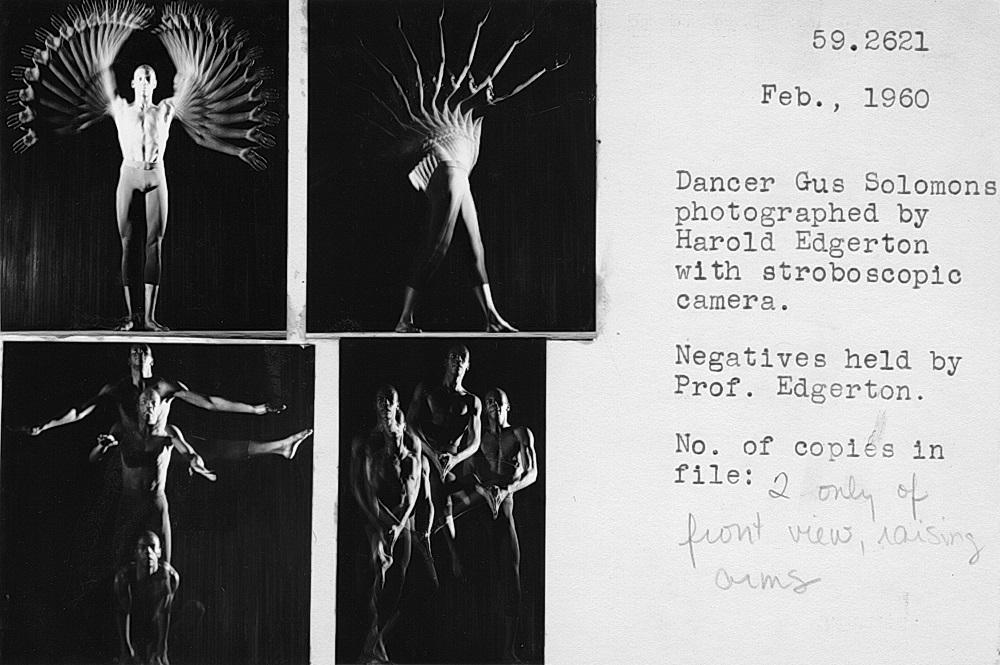